Even better than magic cars

A recent BBC News feature presented an exciting future of streets without cars, of streets given over to orchards, of spaces for neighbours to talk, of mini utopias. All enabled by self-driving cars that can be summoned to your door.

When I hear grand predictions like these I am sceptical - burnt by technology hype (what’s happened to the much vaunted internet of things?) and the experience that such technology change requires behavioural changes too. But, with the financial clout of Google and Apple's billions being poured into making the driverless car dream a reality I have no doubt this will happen soon.

There is another dream that is arguably even more exciting, more far reaching and one that we could make happen today - the repurposing of our streets.

Our streets have become giant car parks with roads running through them. If you are at home look out the window and imagine taking just ten cars away. It will free up a 40 by 20m area - space enough for a small park. How could it be used - an orchard, table tennis, benches, a communal bbq, and a veg patch...Giant Jenga? 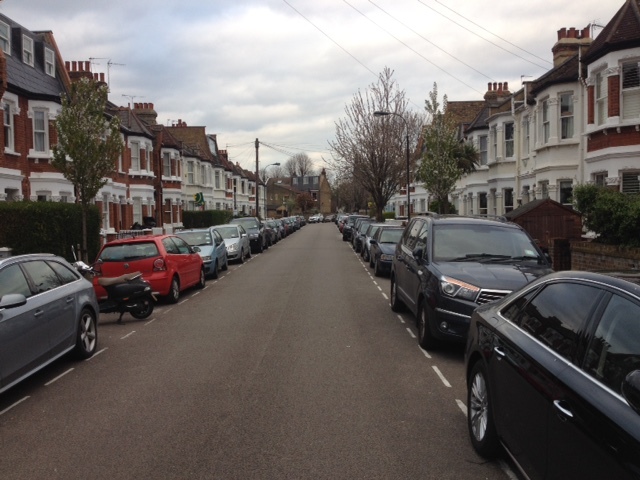 So while my street is still full of cars, car ownership in many cities is peaking. This is partly driven by the adoption of technology that already exists - uber, car clubs like zipcar and easycarclub are all helping to reduce car ownership. For instance in Hackney in the last decade population has increased by 45,000 but car ownership has fallen by 3000. And I've noticed that it's that bit easier to find a space on my street.

So now that many cities have hit peak car let's start thinking imaginatively about how we use the space freed up... Let's pressure our councils to raise the cost of parking permits and let’s use the money raised to repurpose parts of our streets. We can start creating mini parks today – perhaps not whole streets but part of them – given over to serve people rather than cars.

I asked my landscape architecture friend Claire to imagine what my street would look like with fewer cars and this is what she envisaged: 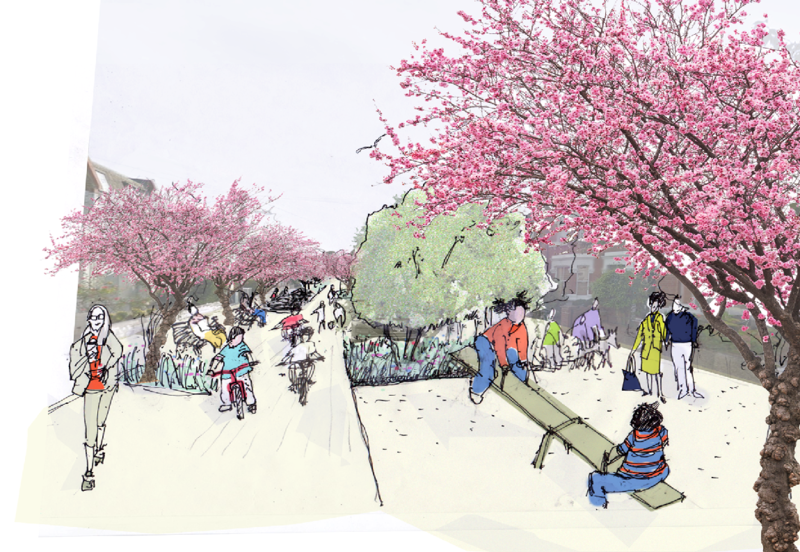 That inspires me - I'm prepared to give up my car in favour of a mini park and I think others on my street might be too. Post your thoughts here!

Our streets and our experience of our neighbours would become very different  - perhaps for instance, the forgotten elderly would find a natural place to come and meet their neighbours in the summer. This, in my opinion, is more exciting and more far reaching even than driverless cars - and it could start happening today.