Living in a neighbourhood that is ‘neighbourly’ ranks high on most people’s lists. When asked, people say they want to know their neighbours, to feel comfortable stopping to chat, even to share things, to offer help or, indeed, to ask for help.

Surveys show that the wish to be part of a congenial neighbourhood holds true across the age range. Gen Y twenty-somethings are as keen to feel connected to their neighbours as the retiring baby boomers are. It is about feeling we belong somewhere, that we’re part of a community.

There are neighbourhoods where this sense of community is well developed, and people living in them feel the richer for it. 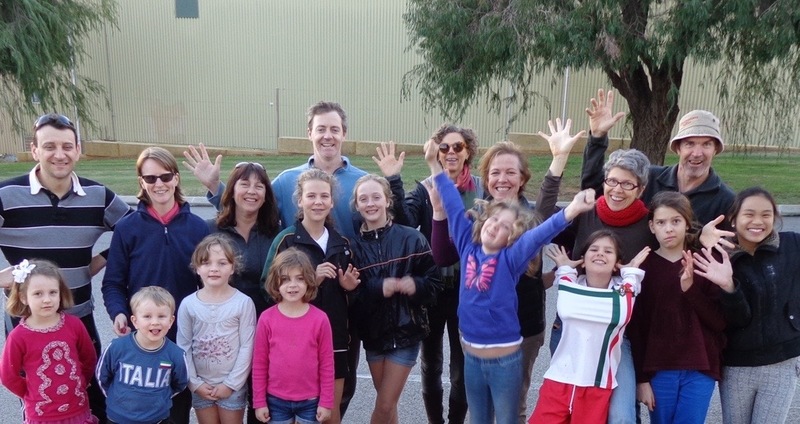 But there are a great many places where this connectedness has not happened – or, hasn’t happened yet. It actually takes only one or two people to get the whole process of building a neighbourly neighbourhood started.

Maureen Maher in WA is an example. She lives on a street which has, for many years, had a Christmas Street Party. Fun, but nothing much happened in between parties. She wanted to keep the momentum of connection going, so she asked a few people to join a street litter cleanup.

That worked well, so she did a letter-box drop suggesting a meeting where neighbours could consider what else they might do together. About 15 came and, over refreshments, decided that sharing their skills and talents would be a wonderful way of being useful as well as neighbourly. That was a year ago. Since then they have had a magnificent progressive dinner, a progressive garden blitz (30 minutes in each other’s gardens weeding, planting, etc) and a sponge cake bake-off.

Maureen was inspired, and helped, by a national project Street By Street which provides resources, at no cost, to encourage, and assist, anyone interested (or just curious) about making their neighbourhood more neighbourly. One of those resources is the Melbourne-based project manager of Street by Street, Irene Opper, who is there to answer questions, share her experience, and offer advice.

Currently on the ground in 3 States, the project aims to turn streets into communities and foster an Australia-wide network of neighbour groups. The Street by Street groups which have been established are very diverse. One in Adelaide has come together through the interest neighbours discovered they share in film, so they have movie nights.

In an apartment complex in Melbourne, the Street by Street group has a morning tea every month or so. One participant made the corridor on her floor an art exhibition for neighbours to come and see her paintings: “This was the first time I showed my neighbours my work and I was really surprised at the interest and connection that it generated.”

The idea is to experiment, to discover what might bring your neighbours together. What would the people on your street like to do together? What might sustain and grow the connections? The essential ingredient is regular social get togethers; everything else is icing on the cake.

It really doesn’t take much to begin this journey - an invitation in everyone’s mailbox to meet at a local café, park or home will do the trick. One woman simply put a table of 200 books ‘surplus to requirements’ on her front lawn and (through a letter box drop) invited her neighbours to take what they wanted. The lively conversation around the book pile that Saturday led to a list of 26 families who wanted to ‘do more’ together. And all the books went.

The people who take that first tentative step towards making their neighbourhood more neighbourly consistently say how surprised they were at the overwhelmingly positive response they received – even those who thought they lived on a rather aloof or unfriendly area.

Perhaps we shouldn’t be surprised – we all want to belong.  But don’t take our word for this. Why don’t you see how your neighbours react to an invitation to get to know one another better. And Street by Street is there to help you: www.streetbystreet.org.au irene@streetbystreet.org.au or phone 0413 706 233.