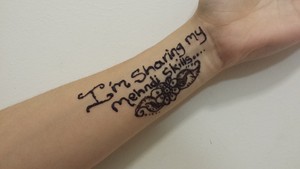 Anna Walsh from Leicester describes kick-starting Streetbank in her neighbourhood

Belgrave is a neighbourhood to the north of Leicester city centre, and where I live and work.  It’s known for the ‘Golden Mile’ of Indian restaurants, sari and jewellery shops – and for its events and celebrations.

Nearly 75% of Belgrave residents are Hindu* and we have the largest Diwali celebrations outside India.  There are lots of facilities and good things happening in the area but it is often hard for residents to find out what is happening locally and connect with each other.

I am working with the Nehemiah Foundation on a joint project with Streetbank, all thanks to funding we have received from the Tudor Trust - which we are very grateful for.  The aim is to explore with local residents how we can make Streetbank a useful tool in a culturally diverse areas such as Belgrave.

I do my work from a boxing club and community centre called the Waterfront Academy and have teamed up with a group of young people to brainstorm the best way of introducing Streetbank to local residents. They decided to invite their neighbours to a Neighbourhood Sharing Picnic and produced their own leaflet which involved me having ‘I’m sharing my Mehndi skills’ written in henna on my arm!

The weather defied the forecast and stayed dry!  We arranged camping chairs around a table and labelled them with ‘you can borrow me from Streetbank’.  We had Indian savouries and juice cartons and large umbrellas just in case!  I had discovered I could use my phone to create a mobile hotspot so I could sign people up there and then.  One of the young people from the Waterfront did great work setting out and packing away the stuff, explaining Streetbank and translating for those with little English, despite the cold.

So it’s been fun so far.  We’ve learnt lots about how to connect with our neighbours and we can build on this as the project continues… Watch this space!